SIGHTSEEING DURING THE TRIP

Sailing on the Egyptian Nile

Sail with us through the land of pharaohs and sphinxes. Immerse yourself in the culture and history of Egypt on this unique Nile cruise on our Dahabiya. Experience this modern adventure on a luxury classic ketch and experience the tranquility of sailing on the Nile.

Go on an adventure under the Egyptian sun and recharge your batteries. Enjoy the intimate atmosphere on our Dahabiya. Experience the tranquility of the rippling water as we cruise the Nile and taste delicious fresh ingredients during those typical Egyptian meals.

We visit the highlights of Egypt and sail to beautiful places where others hardly come. We explore Egyptian villages, markets and get to know the Egyptians themselves. Sailing on the Nile is a journey full of discoveries. 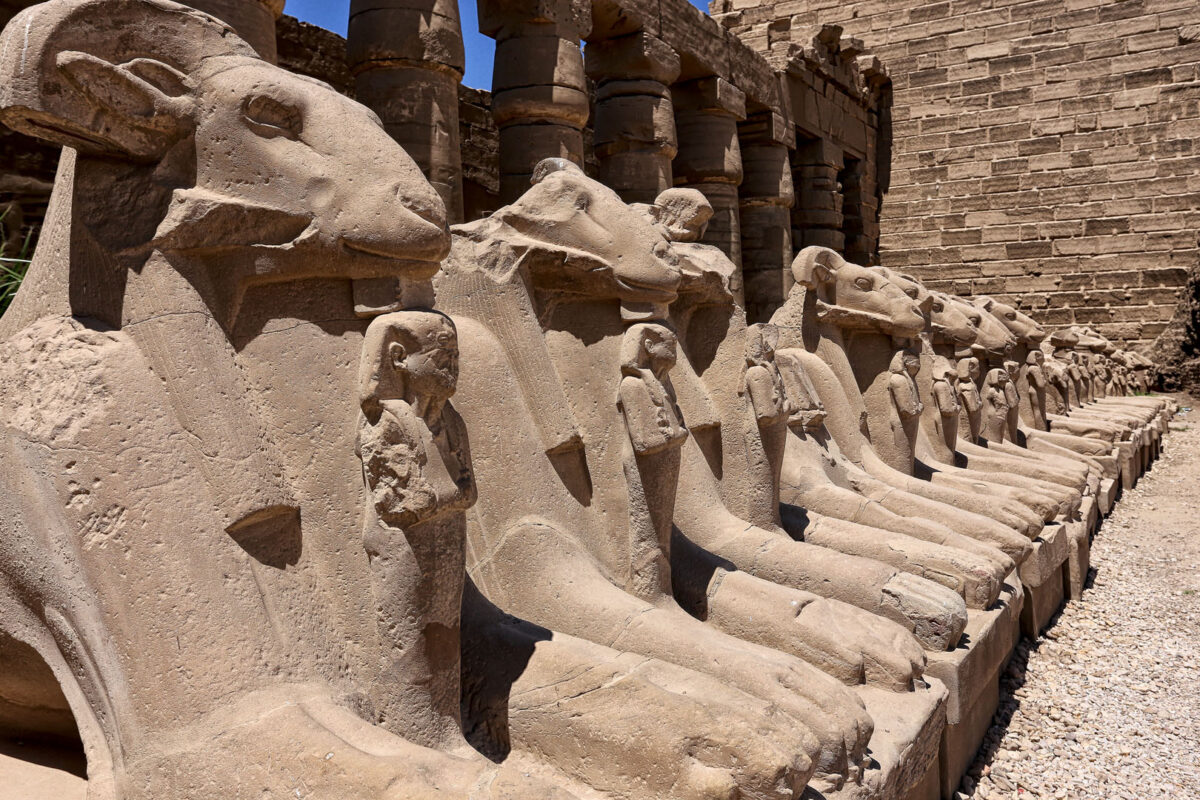 Luxor is a city with approximately 430,000 inhabitants. It used to be the capital of Upper Egypt, back when it was called Thebes. Today Luxor is a major tourist attraction thanks to its many archaeological sites with remnants of ancient Egyptian culture.

There is a lot to see, that is why we will visit some of the many archaeological finds on this day, such as the “Valley of the Kings” which contains more than 60 royal tombs of Ramesses VIII and Tutankhamun among others. We visit three graves, Tutankhamun’s tomb can be visited for an additional fee.

On the west bank of the Nile, we view the Colossi of Memnon, two enormous statues of Pharaoh Amenhotep III which are more than 18 meters high. We also visit the Temple of Hatsepshoet and the Temple of Karnak.

The town of Esna is known for its camel market, the bazaar and especially the Temple of Esna. Not much remains of the original temple, but the colonnaded hall is well preserved. Eighteen twelve-meter high columns support the ceiling. Do not forget to look up during our visit, because this ceiling is worth seeing. It contains paintings with beautiful astronomical representations and a calendar of the most important religious festivals. 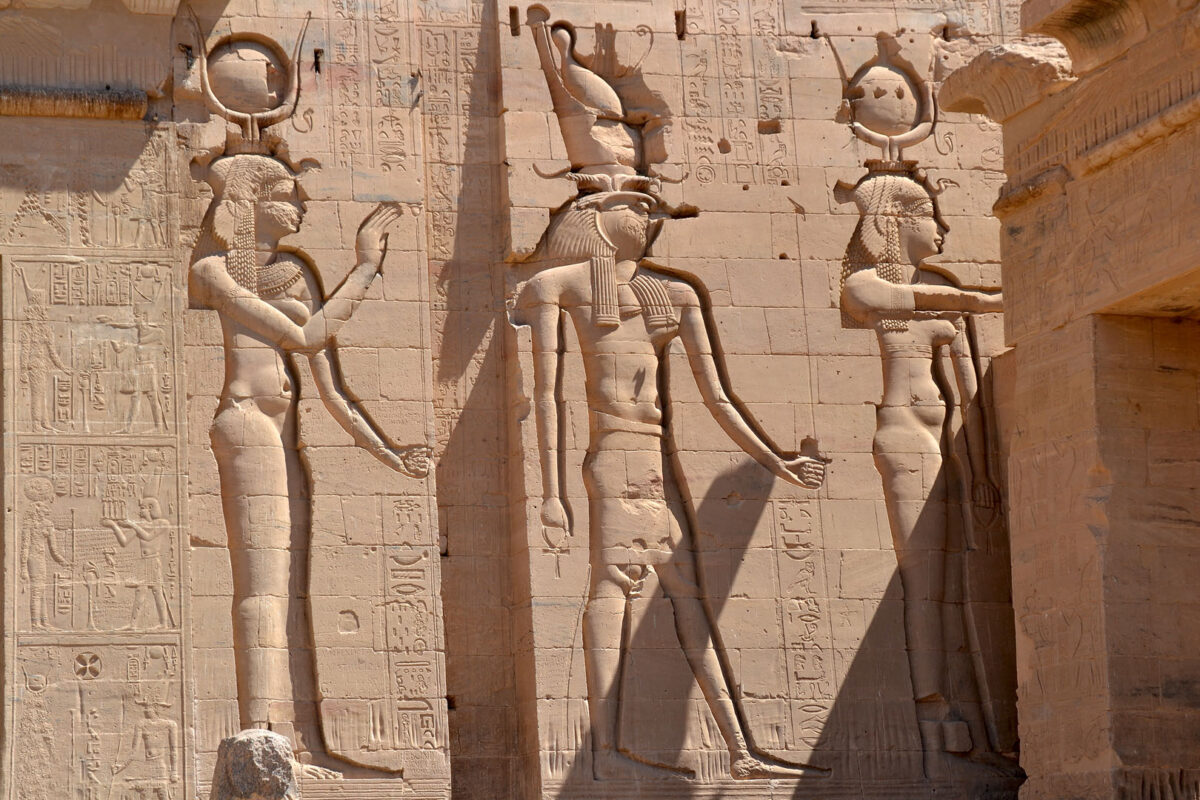 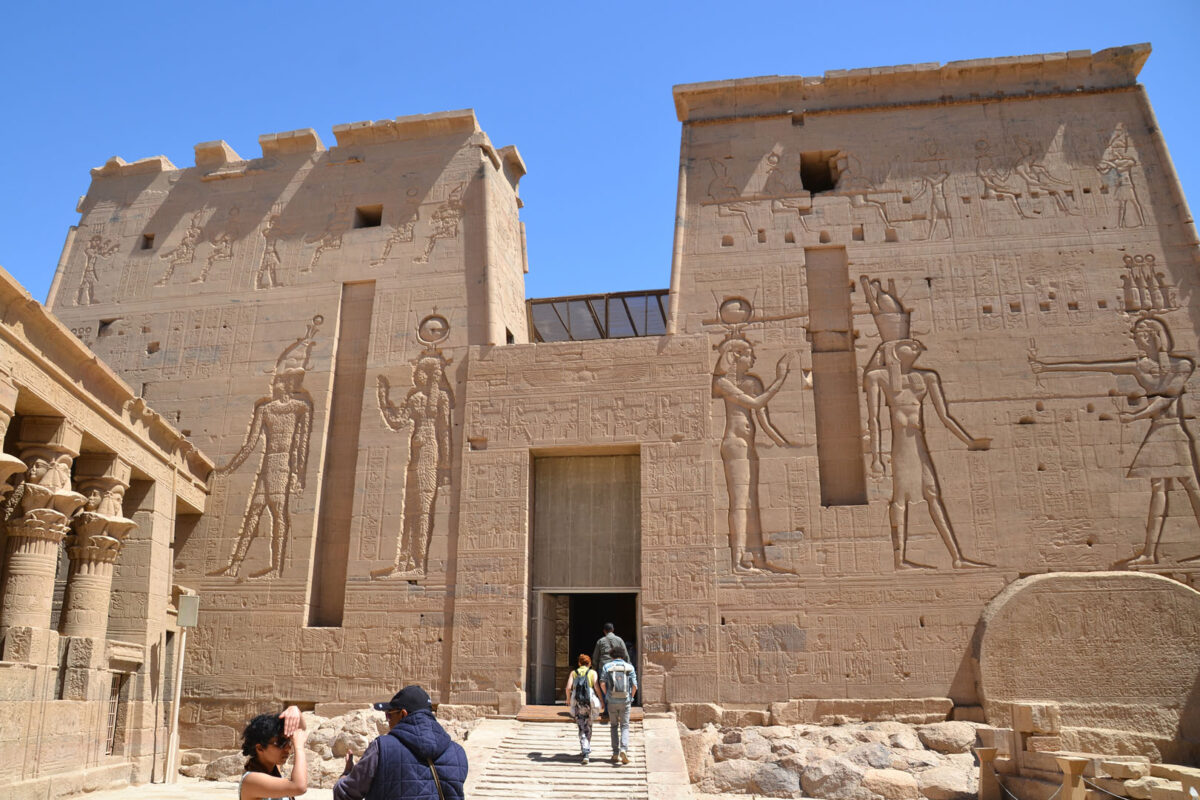 The best preserved temple in Egypt is in Edfu. It is the temple of falcon god Horus, construction of which began in 237 BC and was completed in 57 BC.

The reason this temple is in such a good condition is because this temple was buried under desert sand for years. As a result, the ravages of time did not get a grip on it.
One of the first professional Egyptologists, Auguste Mariette, discovered this hidden temple between 1850 and 1881 and conducted the excavation of this temple. 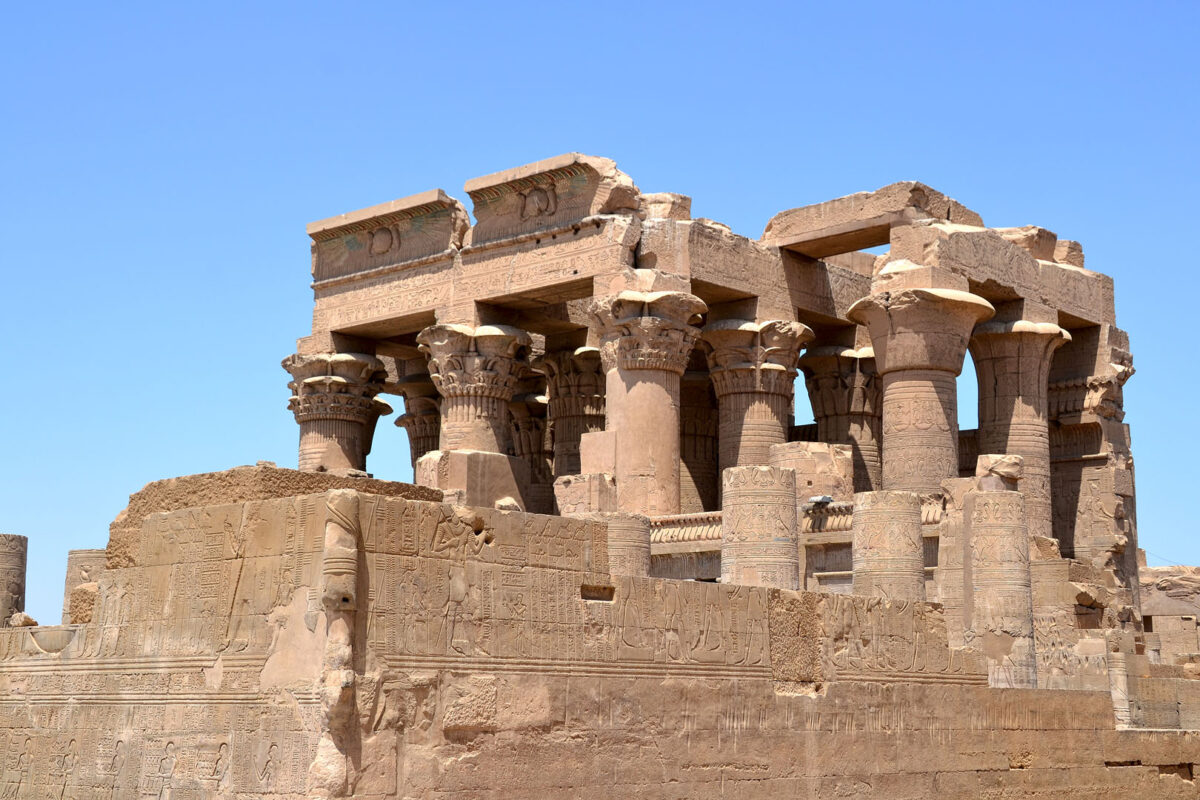 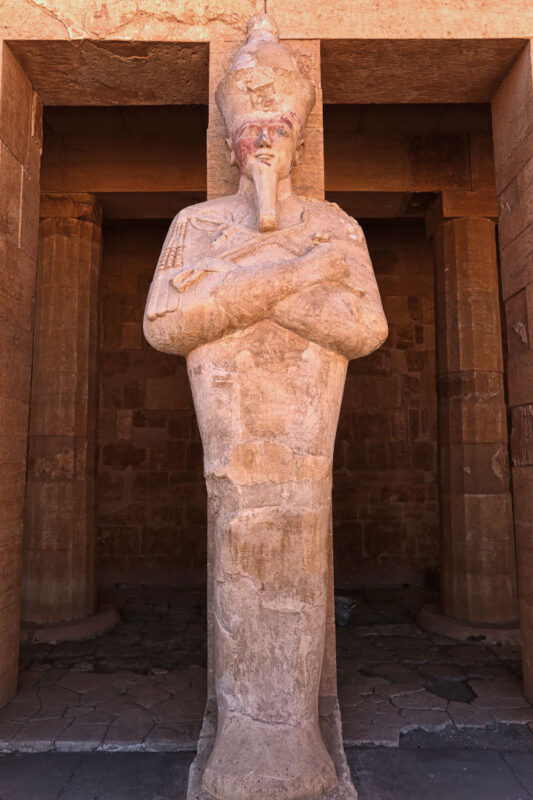 The name Aswan is derived from the Ancient Egyptian word Swenet which meant ‘trade’. The city is located on the Tropic of Cancer. This means that during the summer solstice the sun is perpendicular to the earth in this place. Aswan is also a biblical place. You can read about it in Ezekiel 29:10 and Ezekiel 30: 6.

The Unfinished Obelisk
Aswan is known for its unfinished obelisk, the largest in Egypt. An obelisk is a memorial needle built by order of the pharaoh. Pharaoh Hatshepsut ordered the construction of the unfinished obelisk, which, once completed, would be 42 meters high.

This obelisk was never completed because cracks in the granite were created during construction. Nevertheless, this obelisk is of great value, because it reveals a lot about the stone-cutting techniques used by the ancient Egyptians.

Egyptian obelisks can be found in various European cities. Including at the Place de la Concorde in Paris and St. Peter’s Square in Rome. The latter is also called the Vatican obelisk.

The high dam
An important moment for the Egyptians was the completion of the high Awandam. The Nile used to be flooded every summer, which in itself was good for agriculture. However, the floods were unpredictable. If the flood lasted too long, it did more harm than good.

The Aswan High Dam is 3600 meters long, 111 meters high and 980 meters wide. A maximum of 11,000 cubic meters of water can flow through the dam per second. Thanks to the dam, no dangerous floods or droughts have occurred anymore, but it also ensures that the Nile Delta is not reinforced with new silt and that the soil here loses its fertility.

The dam also made it possible to supply new villages with electricity. Today it supplies 15% of Egypt’s electricity needs. Thanks to the dam Lake Nasser was also created with a completely new fishing industry.